Xanax is one of the most commonly prescribed drugs in the United States. It is the brand name for the anti-anxiety medication alprazolam and is classified as a benzodiazepine, or benzo. Benzos are mild tranquilizers that are intended for the short-term relief of anxiety symptoms in adults, particularly those that have panic disorders. Xanax works by suppressing the central nervous system to relieve stress rapidly. In addition to treating anxiety symptoms and panic disorders, it can also be used for sleep disorders, depression, and in some cases, seizures.

Although it is a prescription medication, Xanax is known for being misused as a recreational drug as well. This is extremely dangerous, especially when mixed with other substances, as it can severely impair judgment and lead to unsafe situations. It’s crucial only to take medications as prescribed by a doctor or psychiatrist to reduce the risk of addiction. In this article, we will discuss the surprising facts about Xanax.

Xanax Statistics – The Most Commonly Prescribed Benzodiazepine in the U.S.

Xanax is the most well-known and commonly prescribed benzodiazepine. As a matter of fact, there are 44 million prescriptions written for Xanax each year. Over the past two decades, benzodiazepine prescriptions have dramatically increased in the United States. From 2003 to 2015, the percentage of doctor visits that resulted in a prescription for benzodiazepines doubled, with half of those written by general practitioners and not psychiatrists.

Earlier, we mentioned that Xanax can sometimes be prescribed to treat depression. However, a common side effect of Xanax is depression, and those who have depression and take Xanax may notice their symptoms get worse. Some studies have found Xanax to be effective in treating moderate depression but not severe depression. People with depression who are taking Xanax have reported episodes of mania when they have a rush of energetic activity and excessive talking.

If you have diagnosed depression and are experiencing new or worsening symptoms or suicidal thoughts while taking Xanax, call your doctor right away for help.

What are the Most Commonly Abused Prescription Drugs?

Mixing Xanax Can Land You in the ER

Xanax mixed with alcohol and Xanax mixed with prescription opioids are the most common drug combinations found in emergency room (ER) patients. In 2011, the Substance Abuse and Mental Health

Services Administration reported more than one million ER visits associated with the misuse of prescription drugs, and Xanax was present in 10% of those cases. In fact, non-medical use of Xanax doubled from 2005 to 2010, giving a sense of how rampant Xanax misuse has become. Sometimes called “Xanny” people use this potent benzo because the effects happen extremely fast, which many suspect is one reason why it has gained so much traction for those mixing substances for a high.

The Lethal Combination of Xanax and Alcohol

Drinking alcohol while on Xanax can be lethal because a person may become intoxicated by the alcohol at a much faster rate without realizing it. This can lead them to drink to the point where they stop breathing or to commit a fatal mistake like trying to take a bath or shower and drowning because their ability to react is so impaired. Sadly, when famous singer Whitney Houston died in 2012, a mix of Xanax, alcohol, and other substances was ultimately revealed as the cause of death.

Xanax has what is called an “additive effect,” making the effects of alcohol in the body stronger. Xanax and alcohol both depress the central nervous system, affecting memory, motor skills, and respiration. In addition, Xanax can impair memory and cause short-term amnesia, leading people to accidentally take more pills or drink more alcohol because they have forgotten how much they have already had.

Don’t Come to an Abrupt Stop

It is critical to taper, which means to gradually reduce dosage, when stopping Xanax. Abruptly stopping Xanax can lead to potentially dangerous withdrawal symptoms, including depression, vomiting, headaches, mood swings, tremors, and seizures. If you want to stop taking Xanax, you should consult a medical professional to gradually and safely lower the dosage and mitigate withdrawal symptoms. FDA labels recommend reducing dosage by no more than 0.5mg per day to avoid painful or dangerous symptoms of withdrawal.

Xanax Addiction Can Develop in a Few Weeks

It’s possible to develop a physical dependence on Xanax in as little as one month of daily prescribed use.

Short-term (six weeks or less) clinical trials of Xanax conducted for FDA approval found that some patients could not stop taking the medication because of the withdrawal symptoms, meaning they had developed a physical dependence on the drug. In fact, the FDA-approved label for Xanax XR (an extended-release formula) states, “Withdrawal symptoms, including seizures, have been reported after only brief therapy with alprazolam at doses within the recommended range for the treatment of anxiety.”

This means that within weeks of starting to take Xanax, people become physically dependent on the drug and cannot come off of it without suffering withdrawal symptoms.

Xanax Addiction Can Happen to Anyone

Regardless of who you are and what your background is, it’s possible to become physically and psychologically dependent on Xanax. Xanax has such a high risk of misuse and addiction because of its fast-acting and potent nature, giving users an immediate sensation within minutes of taking it.

Pfizer, the pharmaceutical company that makes Xanax, warns that psychological dependence is a risk with all benzos and may be greater for higher daily dosages (over 4mg/day) and longer treatment durations (over six weeks).

If you or a loved one is struggling with Xanax misuse or addiction, seek help from professionals at DreamLife Recovery to safely address the issue and start recovering. Call our admissions team at (844) 402-3592. 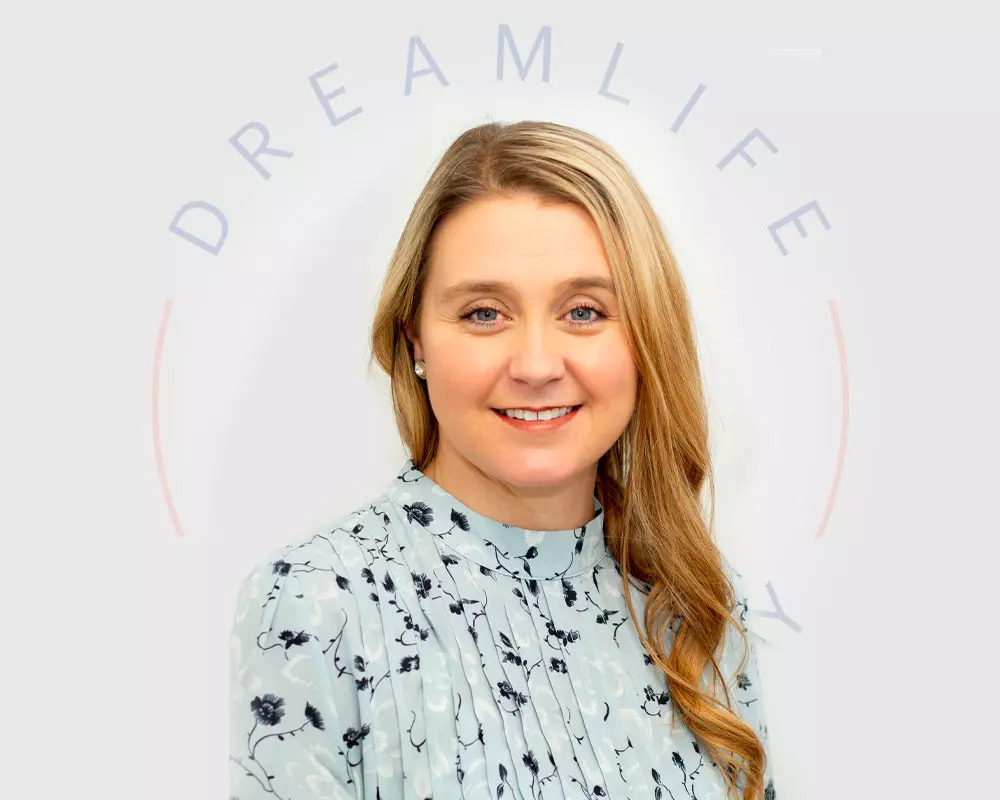 Brooke McKenzie: Brooke McKenzie earned a bachelor’s degree and a Masters’s in Social Work, followed by earning her LCSW in 2009. She has worked in progressively more responsible positions in substance abuse since 2004, filling various roles from clinician to clinical director. Brooke spent the last 10 years as the Executive Director of a drug and alcohol facility, overseeing all levels of care including detox, residential, PHP, IOP and outpatient programming. Brooke’s determination for continuous growth and to combine her clinical experience with project management skills, led her to her most recent accomplishment of earning her MBA in Project Management from Seton Hill University. She places great emphasis on creating an atmosphere of professionalism and communication, whether that is with her colleagues, her patient’s families, outside organizations, or most significant – her patients. These assets continue to lead her success and growth in the field of behavioral health.