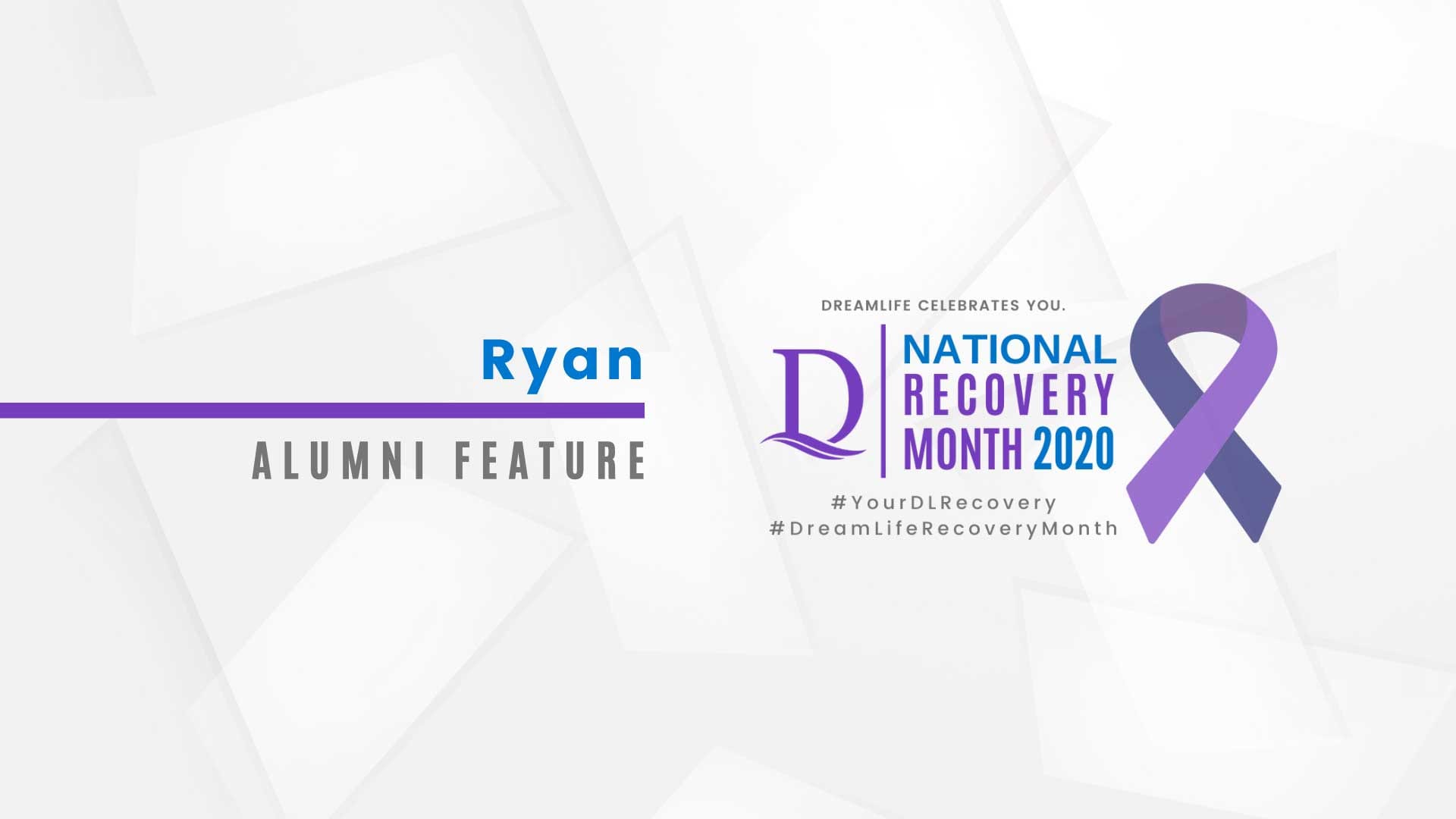 Before recovery, Ryan’s life consisted of sleep, cocaine, alcohol, repeat. A musician in a touring band, his use of drugs and alcohol completely destroyed his “musical marriage” of 20 years. It’s not like Ryan was surrounded by sex, drugs, and rock n’ roll. He referred to himself as a “closet user” since none of his friends or family participated in the same extracurricular activities he did. His marriage with his wife, Ami, was strained, and his life was a complete mess.

He knew something had to change so he reached out to a friend who had gone to treatment. She suggested DreamLife Recovery and that night he dialed the 800 number. His wife, Ami, was happy he was seeking treatment and would be somewhere where he was safe and she wouldn’t have to worry.

When Ryan entered DreamLife in Donegal, PA, he was unsure and uncomfortable. Luckily, he was able to make a good friend who helped guide him along the way. His friend told him to treat his time here like a job.

“You won’t get paid for it, but you’ll get paid other than monetary value,” Ryan recounts. “You’ll get paid in knowledge, and faith, and hope, and you will be equipped with the tools to be able to pull yourself out of this eventually and try to move on. There’s a light at the end of the tunnel.”

Over time, Ryan became more comfortable. Through the friendships he made, he now considers many of the people he met his family. “You learn more about these people than your own family,” he says.

“This place was very homey, they customize it to you. You have your individual therapist and they know your needs. You’re not like the next person here.” For Ryan, the staff at DreamLife were more like colleagues, working together with you and helping each other along the way.

Ryan and Ami were able to keep communication during his stay with calls twice a week. Looking back, he realizes that they had never known life without each other but time apart was the best thing that happened to them. He was able to appreciate Ami more and it made their relationship stronger. Although there is still lots of work to do “this was definitely the first step in helping us communicate better.”

Music That’s Good for the Soul

Music at DreamLife was a big therapeutic tool for Ryan and others. The music room consisted of some guitars, a piano, and hand drums. Ryan found himself in there between every class and so often that people started calling it his office. The best part for him was relearning how to play the guitar, piano, and drums sober. “You hear music in a totally different way.”

One of the therapists does a drum circle twice a week. At first, Ryan recounts there only being about five or six people who attended and not a ton of interaction. Him and his friend teamed up and started incorporating acoustic guitars and playing songs that had something to do with recovery. As a touring musician for 10 years, he looked back at some of the songs he had written and realized they were a cry for help.

By the third drum circle, which by this point was a full blown jam session, there were more people and they were getting more involved. “Music is healing,” Ryan says.

“‘You can only keep what you have by giving it away.’ I live by that.”

Bringing Music and Recovery Back Home

“When Ryan first came home, he was different, back to the Ryan I know,” Ami says, as she recalls how nice it was to see him happy and sober. The day after he arrived home, they went straight to Guitar Center and got all new instruments.

Going home was a hard transition for Ryan. When you’re an addict, you’re always waiting for what’s next. But Ryan realized in treatment that there is no next, and that next is now. If you don’t live in the moment, then it’s over and you’re going to spend your whole life waiting for something that isn’t going to happen.

He jokes that with all of the concerts he’s ever attended, all of the shows he’s ever played, DreamLife is one of the best experiences he’s ever had in his life. His advice to others?

“If a hippie kid like me can come here and have the best summer of his life without shows and without live music, anybody can do this.”